The Compound Management process has changed significantly since I started working in discovery research as a medicinal chemist in 1978. This blog outlines the changes I have witnessed:

Where we are now

Nowadays we take it for granted that when we send newly synthesised compounds to our Compound Management services they will seamlessly and efficiently be processed and sent for screening (often referred to as ‘Immediate Processing’) and that the results will be made available to us in a variety of methods to improve Structure Activity Relationships and drive projects forward.

Likewise, we now have numerous methods to search and process databases, both internal and external, for structures of interest. We can immediately see availability data and, if samples are internal, directly place an order for those compounds. In some cases, these “internal” samples may be held by third-party contract organisations which will directly accept orders placed internally. Once the order is placed, Compound Management deal with obtaining the samples in the correct format, assembling them and delivering them to the screening teams.

This was not always the case! 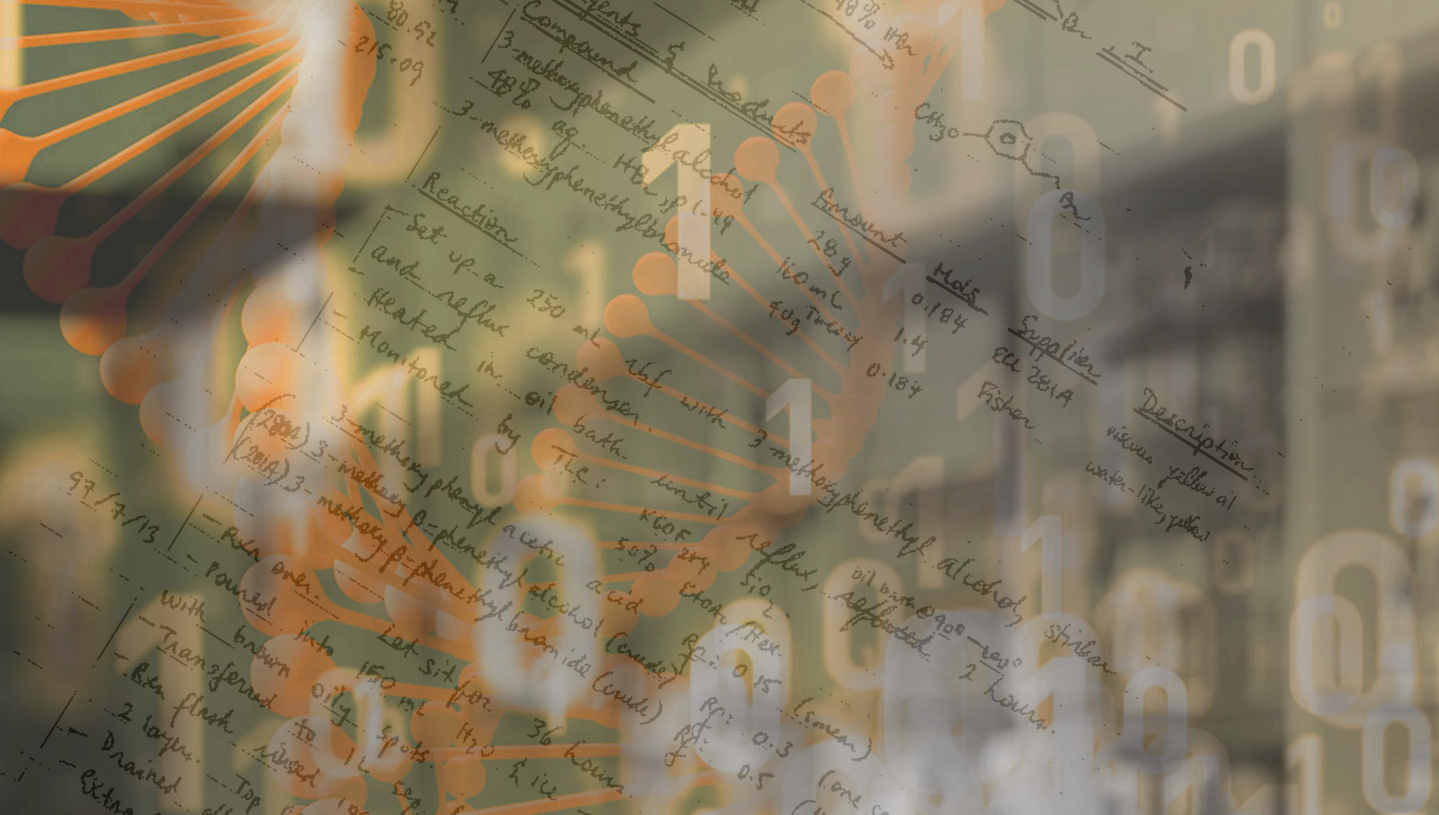 When I first started as a medicinal chemist at a pharma company, Immediate Processing by Compound Management services didn’t exist, nor did readily available chemical structure databases. So how did we get compounds tested or even find and obtain samples of other compounds?

Testing compounds was a local and personal affair. Registration of newly synthesised compounds was done by hand on pre-numbered A4 or Letter-size registration forms, which would be collected from the local library as required. The information included chemical structure; molecular formula; lab notebook reference; project the compound was made for; amount; and so on.

No duplicate structure checking was done at this time. This paper copy would be “registered” in the local site library and filed in lever arch files in alpha numerical order. They would send the original to the main research site, and a copy to all other sites.

Registration of a new batch of the same compound was done in the same way, only this time the chemist also wrote the compound number on a non-numbered version of the paper form.

Having registered the compound, the chemist gave the bottle a handwritten label, often containing the chemical structure, and take a sample directly to the project biologists for testing. They were usually downstairs – chemistry labs tended to be on the top floor because it gave easier access to rooftop ventilation and, in case of a fire or explosion, would likely lessen the damage to the entire building.

Any excess sample was stored under the fume cupboard until either:

Once or twice a year, during a laboratory clear out, samples might be sent to a central storage room at the research main site where they were stored in alpha numerical order. This wasn’t strictly adhered to and some chemists preferred to keep and manage their own samples. One person – Beth – looked after this central storage and its contents. She was the Compound Management services of the day and the room only contained neat samples and a balance.

That was the process for my own compounds, but what about similar structures that might have been made elsewhere in the company?

There was no lab sample management software which told you where a sample was, so, how did anyone locate a compound? Even knowing that a compound of interest had been synthesised elsewhere in the company presented many more challenges than today. It involved conversations, the library staff, or reading each project’s quarterly report. Then – as now – good communication was key.

Assuming that you had found the number(s) for compounds of interest, how did you then get a sample? Again, this process was all manual:

But, failing that, sometimes you would just phone the chemist that made the compound and ask if they had a sample.

Given that within the company, tens to hundreds of thousands of compounds had been made, this process was very hit and miss. You couldn't generally find a large number of samples like this – perhaps 12 a year, frequently less.

By the late 1980s/early 90s, advances in technology meant we could start to search for what had been synthesised within the company and answer the question – “Do we have any compounds that might be of interest to my project?”

During the 80s, library staff might have access to online searching using methods like Wiswesser line notation. However, these searches were costly, didn’t cover internal compounds and were generally only performed once per project, or for patent protection purposes.

This changed towards the end of the 80s with the appearance of computing systems that enabled the scientist to directly perform sub-structure searches of the company’s chemical registration system. Whilst by today’s standards for Structure Activity Relationship models this was fairly basic, it did for the first time allow us to get an idea of similar and other structures of interest within the company. These searches were performed on shared “dumb” VT 320 amber monochrome terminals (colour VT 340 terminals being very rare in the early days) and lack of printer access often meant manually writing out lists of compounds of interest.

With the advent of VT terminals and computer accounts came an early version of instant messaging. Provided the person you wanted to talk to was also logged on, you could “phone” them and have an instant messaging conversation. Sometimes this was useful, particularly when the system expert was on another site.

By the early 90s the first PCs started to appear in the laboratories, one per lab – initially MS DOS, but quickly moving to Windows 3.1. These were used for basic word processing but also came with VT terminal emulation, which meant we now had colour in the laboratory – very useful for chemical structures. Other advantages were a local dot matrix printer, and being able to copy and paste or export and import from one program to another. This meant it was possible to put together lists of compound identifiers you were interested in, save them (on the 20MB hard disc) and email them to someone. Not everyone was on email at this time, so often this meant going via a point person, but the result was that information could be moved around quicker.

Despite these advances in technology, obtaining a sample had not changed. There were no databases of compound inventory. It was back on the phone (or email) to Beth.

With PCs came applications like Excel and its ease of use meant spreadsheets were used for many different things, including managing samples. However, these were generally local solutions and didn’t solve the bigger issues. Indeed, they created a few. I met examples of Excel being used for small compound management operations right up to about 2015, and it is probably still being used!

Read the next section >>

Watch the Sample Not Found video: a cautionary tale of some of the issues with relying on a spreadsheet

In any case, consider talking to one of our Titian experts – there is a better way to manage your samples!

Roger Martin worked for GlaxoSmithKline for 33 years. Originally a medicinal chemist working as a research chemist, he later transitioned to cheminformatics and then R&D IT, specialising in compound management software. He joined Titian Software in 2012 where he is a technical application consultant.

Thanks for getting in touch!